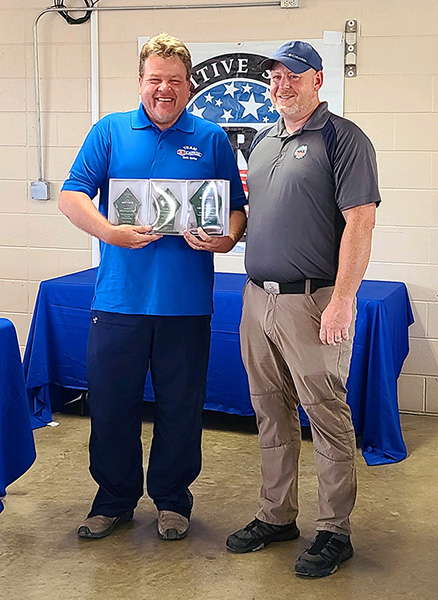 Nevius is no stranger to the top of the podium. He has won the NRA National Smallbore Rifle Championship multiple times. His score of 8793 was 10-points ahead of runner up Virginia McLemore and 11-points from 3rd place Howard Pitts. Additionally, Nevius was high shooter in the Wakefield Team, and 2nd high score in the Dewar team (International Postal Match). This marked his 19th appearance on the Dewar Team.

The 2021 NRA National Smallbore Rifle Championships were held July 6 – 18 at Camp Atterbury in Edinburgh, IN, for the first time. Nevius remarked about the inaugural matches being held there, “It did not disappoint! We were met with fishtailing headwind every day, making this national championship exceptionally challenging. Great scores were shot though, and several lead changes made the daily aggregates interesting. The NRA did an exceptional job, and the facility will be a great venue for many years to come. I was confident in my Lapua Midas+ ammunition, and that really helps in tough conditions.”

Nevius’ Lapua Midas+ .22LR ammunition is matched to his firearms at Lapua’s Rimfire Performance Center. Unique lots of ammunition are tested at 50 and 100 meters simultaneously, identifying the best performing ammunition for purchase. This service is available to all shooters who wish to gain a competitive advantage. Schedule your testing at either of Lapua’s Rimfire Performance Centers located in Mesa, AZ or Marengo, OH.