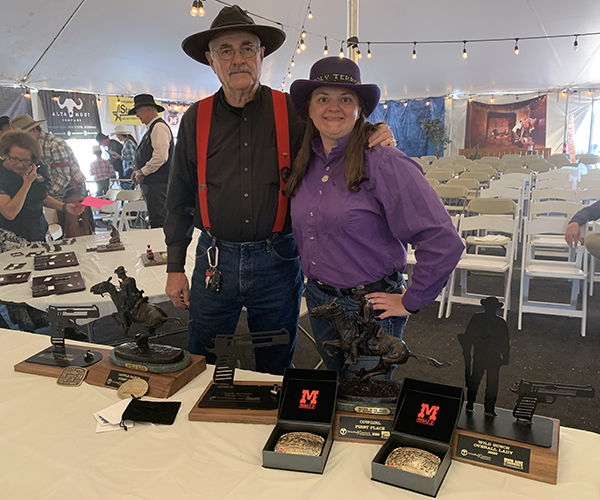 The Winter Range SASS National Championship of Cowboy Action Shooting was hosted by the Arizona Territorial Company of Rough Riders at the Ben Avery Shooting Facility in Phoenix, AZ, February 24 – March 1. Over 1,000 competitors from around the world competed at the Winter Range, which features period militaria, exhibits Old West skills and crafts, and fast-draw competitions.

“As always, I was shooting N320 in my .38 cowboy loads, .45 ACP, and .45 LC in the Wild Bunch competition,” stated Evil Roy. “Winning national titles in both events brings my World/National Championships to a total of 44.”

Making the Winter Range SASS National Championship even sweeter was Evil Roy shooting alongside his granddaughter, Holy Terror (Randi Rogers). Holy Terror was top woman overall in both Cowboy Action and Wild Bunch.  Following in her grandfather’s footsteps, Terror also knows Vihtavouri’s N320 will get her to the winner’s podium.

The Berger Southwest Nationals, hosted by the Desert Sharpshooters Rifle Club, took place February 5-9th at the Ben Avery Shooting Facility in Phoenix, AZ with a sold-out roster of 400 competitors. The Southwest Nationals is the “must-attend” event for competitive long-range shooters around the world, featuring F-Open, F-TR, and Sling disciplines. Competitors from over 9 different countries were in attendance.

“The new Berger 208 grain Hybrid Bullet combined with Vihtavuori N150 powder proved to be a consistent winning combination, resulting in a top 3 finish in every event during the 2020 Southwest Nationals,” commented Klemm. Klemm will be competing next at the Sinclair International Fullbore Championship in May at Camp Butner, NC. 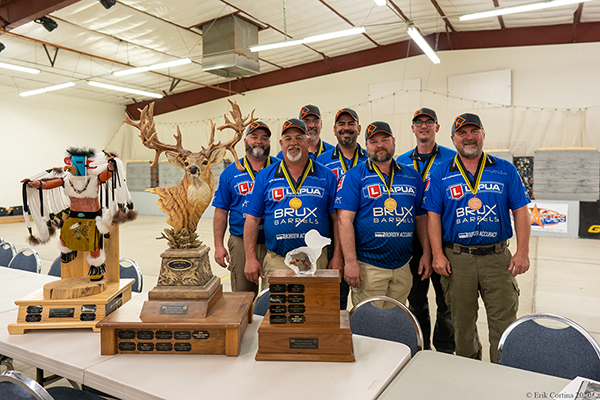 Mesa, AZ – For the third straight year, Team Lapua won the F-Open Grand Aggregate Team Award at the Berger Southwest Nationals (SWN) with a score of 2584-160X (out of a possible 2600).

Team Lapua achieved an additional win and established a new range record in the Palma Team Match with a score of 1791-113 (out of a possible 1800). Lapua team members are Pat Scully, Jay Christopherson, David Christian, and Jeremy Smith, with Bob Sebold and Erik Cortina as Team Captains.

The Berger Southwest Nationals, hosted by the Desert Sharpshooters Rifle Club, took place February 5-9th at the Ben Avery Shooting Facility in Phoenix, AZ with a sold-out roster of 400 competitors. The Southwest Nationals is the “must-attend” event for competitive long-range shooters around the world, featuring F-Open, FTR, and Sling disciplines. Competitors from over 9 different countries were in attendance. The Grand Aggregate is the total score from firing points of 600, 800, 900, and 1,000 yards.

“I am very proud of the team,” stated, Team Captain, Erik Cortina, “From setting a new range record to placing first in the F-Open Grand Aggregate, our success is directly attributed to Lapua’s premium components.” 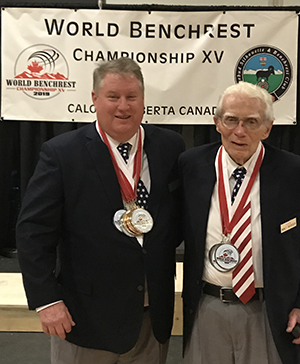 Walt Berger, founder of Berger Bullets and Ammunition, was named Captain of the USA Rifle Team for the World Benchrest Championships in Calgary, Canada this past week. The World Championships are held every two years and attract competitors from over 30 countries, testing their skills at 100-yard and 200-yard distances.

Along with being named Team Captain, Walt participated in the World Benchrest Championships and did not disappoint. He finished 6th place in the Light Varmint 200-yard individual matches, and went on to support “USA Team A” to win the Silver Medal!

Under Walt’s leadership, the USA’s Joel Nader won the Gold Medal for individuals, “USA Team C” won the Gold and “USA Team A” took the Silver. Congratulations to Walt and Team USA for a dominating performance.

At 90 years young, Walt continues to work for Berger as lead technical consultant and regularly competes in AZBRS Matches each month at Ben Avery Shooting Complex in Phoenix, AZ. 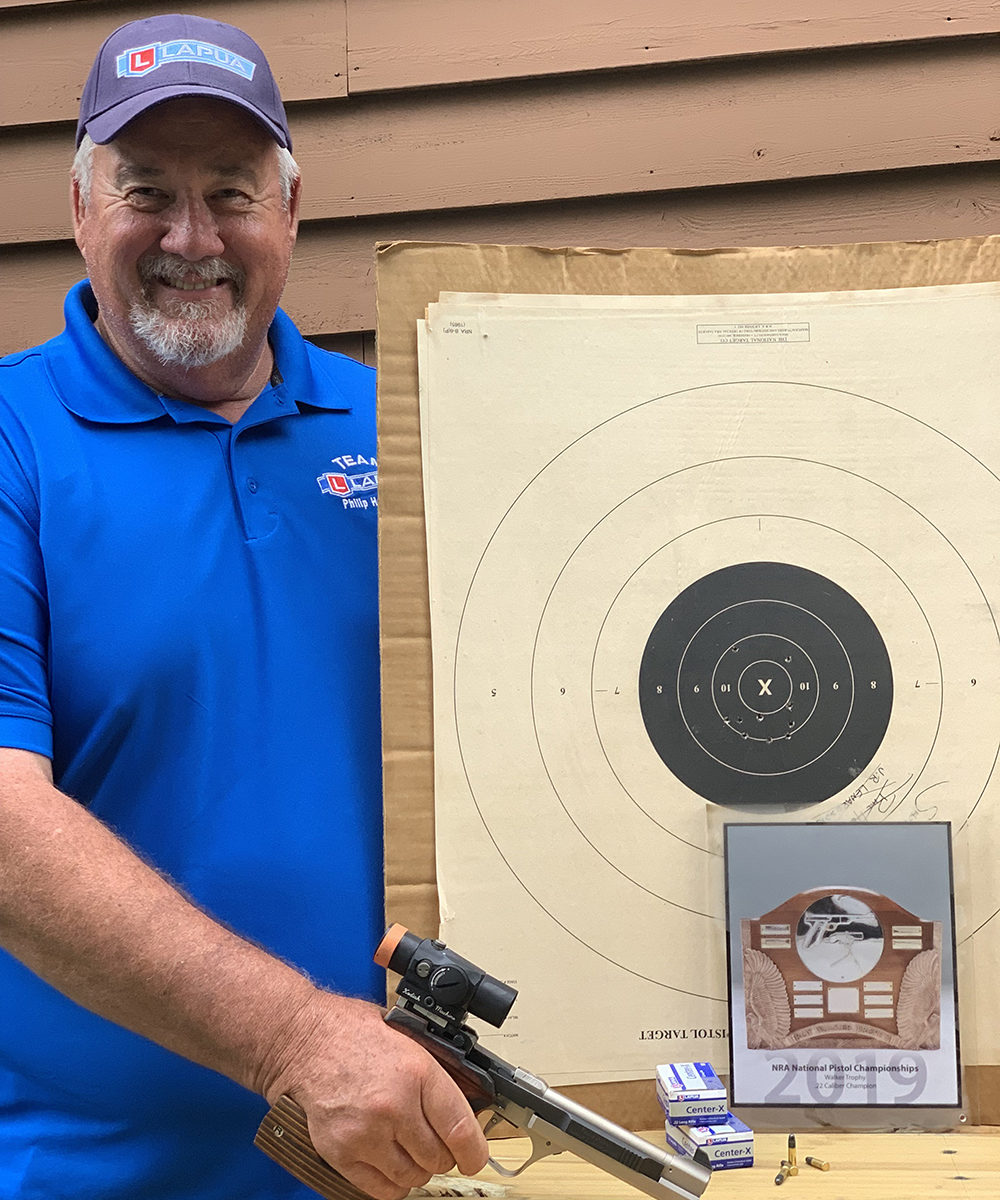 The NRA National Pistol Championship, known as the “World Series of Shooting Sports,” took place July 7-12th at Camp Perry, Ohio. Since 1907 the nation’s finest marksmen and women come together at Camp Perry and shoot off in a variety of handgun competition formats and events.

“It’s an honor to be able to come out here and test my shooting skills in one of the longest-running pistol events in the nation. My whole team, Team Zero, shoots Lapua Center-X, because we know it will outperform all other .22 caliber competition ammo,” said Hemphill.

Along with receiving the Walker Trophy Plaque for winning the Championship, Hemphill also won the NRA Precision Pistol Championship – Police Division, and came in 3rd in the 22 Caliber Slow Fire Match with a score of 194-9X. 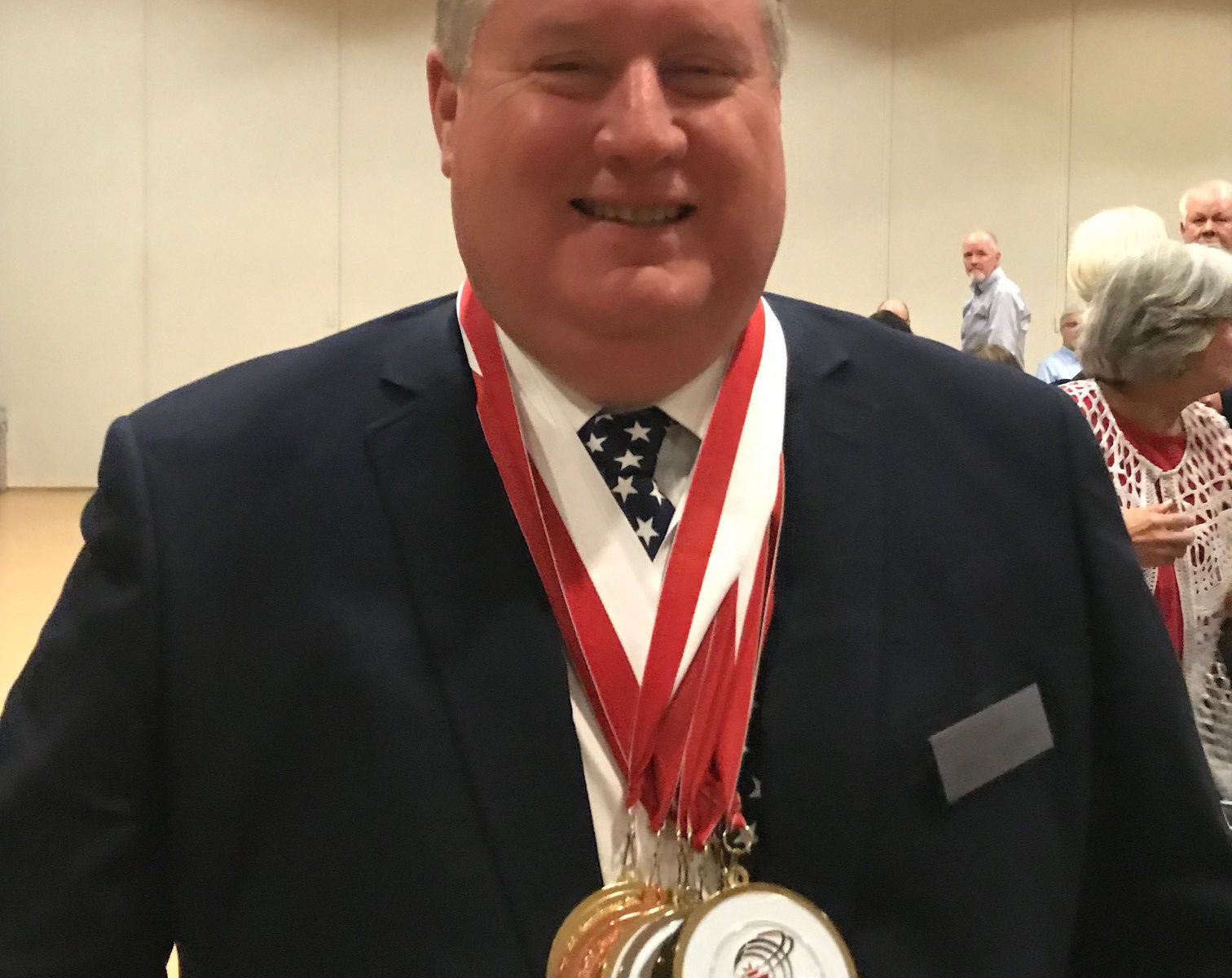 The World Benchrest Shooting Federation hosts the World Championships every two years in a different country. This year, competitors representing nearly 30 countries tested their skills at 100-yard and 200-yard distances over four days of shooting for individual and team results. Benchrest shooters are notorious for using state-of-the-art reloading equipment, a variety of new and innovative firearms, components and accessories.

All Team USA Gold Medalists use Lapua cartridge cases exclusively for their competitive shooting. Lapua cartridge cases are known for unprecedented quality of construction, using only the finest raw materials and superior annealing processes. Each case is machined to exacting dimensions with longevity that is unmatched by other cartridge case manufacturers.

Neary stated, “Lapua cases are the foundation in which our competition hand loads are built upon. When competing at the highest levels against the most talented shooters in the world, we need the absolute best components available. There’s no doubt Lapua helped secure the Gold for Team USA.”

The next World Benchrest Championship will be held in Fall of 2021 in South Africa.

The National Rimfire Sporter Match will take place July 20-21 at Gary Anderson CMP Competition Center, located within the Camp Perry Training site in Port Clinton, OH. This match offers shooters a recreation-oriented competition where they use sporter rifles commonly owned by nearly all gun enthusiasts. This is a unique match where the only competitor requirements are a rifle and ammo. New shooters are exposed to competitive shooting with a unique course of fire, which experience shooters should find challenging as well.

Civilian Marksmanship Program’s Programs Chief, Christie Sewell stated, “The CMP is excited to announce SK as the Official Ammunition Sponsor for our 2019 National Rimfire Sporter Match. Participants will receive a complimentary 50-Round box of SK ammunition at check-in. We appreciate SK’s continued support of the Civilian Marksmanship Program and the 2019 National Matches.” 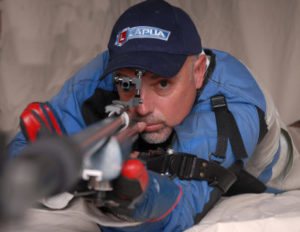 Reeve stated, “This year at Sinclair we had very hot weather and tricky winds, which made for an exciting and challenging match. I knew my components were up to the task no matter the condition.”

Reeve will be competing this August in the NRA Mid-Range Rifle Championships at Camp Atterbury, IN. 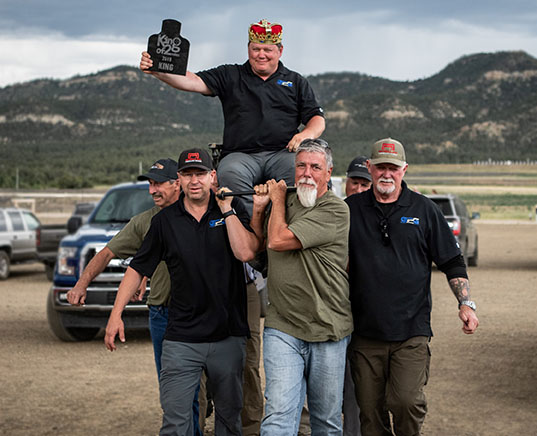 King of 2 Miles is an Extreme Long Range (ELR) Rifle competition that challenges competitors to engage steel targets at various distances out to 3,525 yards. Phillips and his Team Global Precision Group members all shoot the 416 Barrett cartridge and load Vihtavuori 20N29 powder exclusively for their ELR platforms.

“Vihtavuori powder has provided the most consistent and lowest single digit SD’s of any powder we’ve tested. This is a huge advantage when attempting to impact steel plates beyond 1,500 yards. We must have very consistent ammunition,” stated Phillips, “Vihtavuori Powders played a huge role in our team member’s success of finishing 1st, 3rd and 4th.”

Phillips will be competing next at the 2019 NRA ELR National Championships at Camp Atterbury in Edinburgh, IN.

Each year the F.I.S.S. attracts hundreds of the world’s best competition benchrest shooters to Kelby’s Range in North Lawrence, Ohio. Over four days of competition, five-shot groups are fired at targets ranging from 100/200 yards with a variety of new and innovative firearms, equipment and accessories. Benchrest shooters are often viewed as trend-setting within the competitive shooting sports, and their near unanimous use of Vihtavuori powder is unprecedented.

Vihtavuori Production Manager, Mika Syrjala, stated: “Vihtavuori’s extreme temperature stability and clean burning characteristics enabled it to outperform all other reloading powders during northern Ohio’s volatile May weather. The results are a testament to nearly 100 years of our continued product development.”


Vihtavuori is the #1 choice of competitive benchrest shooters, and has quickly become the “go-to” powder for Extreme Long Range (ELR) competitors engaging targets to 2,500 yards and beyond. Vihtavuori’s lot-to-lot consistency, temperature stability, and clean burning characteristics make it the best selection for those who seek “The Power of Accuracy”.