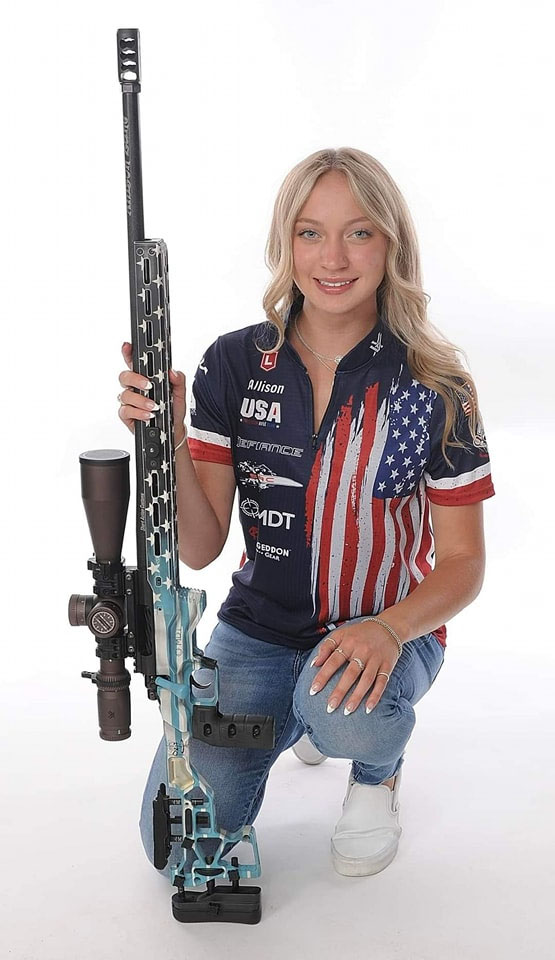 “I am beyond excited and humbled to have been selected by the US Precision Rifle Association as a member of the first US Precision Rifle Team competing in the inaugural World Championship. I can’t think of a greater honor in this sport I love, than the opportunity to represent the United States of America on an international level. There will be a total of 15 US competitors attending. I look forward to joining forces with Payton Grimes and Lauryl Akenhead as part of the US Ladies Open team,” commented Zane.

We wish Allison and all of Team US the best of luck!