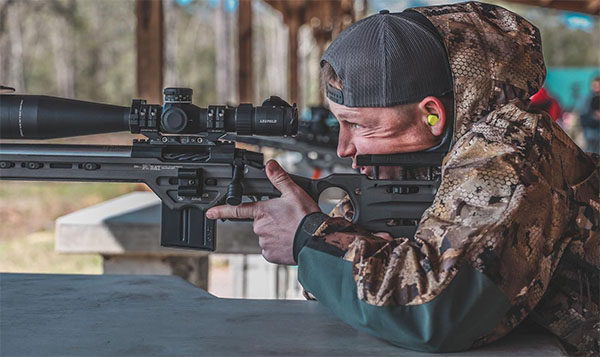 King has been selected to represent the United States Precision Rifle team at the inaugural Precision Rifle World Championships. The World Championships will be held at the prestigious Bitche Military Camp. The United States team will compete against 25 other participating countries in Open, Limited, and Factory classes for Ladies, Junior, Senior and Mil/LE divisions.

“King is a world-class competitor, winning the NRL Championship the past two years,” commented Morgan Joy-Twenter, Berger’s Director of Communications. “He’s compiled an unprecedented four 1st place finishes and three 2nds in his seven PRS circuit matches attended this year, and currently ranked #1 in the PRS Bolt Gun Series Pro Division. We are proud of his Team Berger accomplishments and honored to see him compete with the world’s very best.”