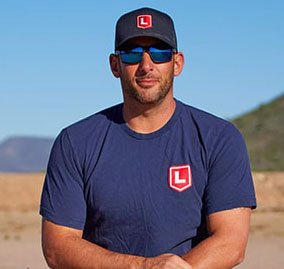 The Desert Sharpshooters Rifle Club hosted over 150 competitors at the Ben Avery Shooting Facility in Phoenix, AZ with shooters competing in both F-Open and F-TR on October 20-23 for the F-Class Nationals.

“In order to win you must have the confidence in your ammunition,” commented Trapp. “This is why I use Lapua.”

F-TR rifles are required to be chambered in 308 Win/223 Rem and have an overall weight (including bipod and scope) of less than 18.18 pounds.

In Spring 2023, Trapp and his teammates will be representing the United States at the World Championships in Bloemfontein, South Africa.