The Indiana State Rifle and Pistol Association (ISRPA) will be hosting two Junior Smallbore Clinics at the end of July. The ASSA Nationals Smallbore Rifle Clinic and the Intermediate Smallbore Rifle Camp Clinic will be held July 25-27th and July 28-30th respectively. Both clinics will take place in conjunction with the American Smallbore Shooting Association (ASSA) National Matches at Chief Wa-Ke’-De Range in Bristol, IN. Each clinic includes instruction by staff members of The X-Count Range, as well as a competition to complete the clinic. The ASSA Nationals Clinic will include a traditional 3X20 match, while the Intermediate Smallbore Rifle clinic will also include a Dewar Match.

“We’re excited to be part of ISRPA’s Junior clinics,” stated Adam Braverman, Director of Sales and Marketing for SK. “Having ASSA and The X-Count host these clinics is really bringing the best of the best together and know that Juniors will truly benefit from both clinics.”

For more information on the ISRPA Junior Clinics, visit isrpa.wildapriocot.org.

Berger Long Range Hybrid Target™ ammunition features Berger’s high BC, LRHT bullet, which is Doppler verified to less than 1% BC variation. It’s assembled with the very best commercially available components, such as Lapua cartridge cases and clean-burning, temperature insensitive propellants. Each cartridge is meticulously constructed to the same exacting tolerances competitive long-range shooters and extreme accuracy enthusiasts have come to expect from Berger.

Visit NoBSBC.com and learn more about Ballistic Coefficients (BC), their effects on accuracy and precision, and “why BC consistency wins” vs. the “highest BC is best” myth. 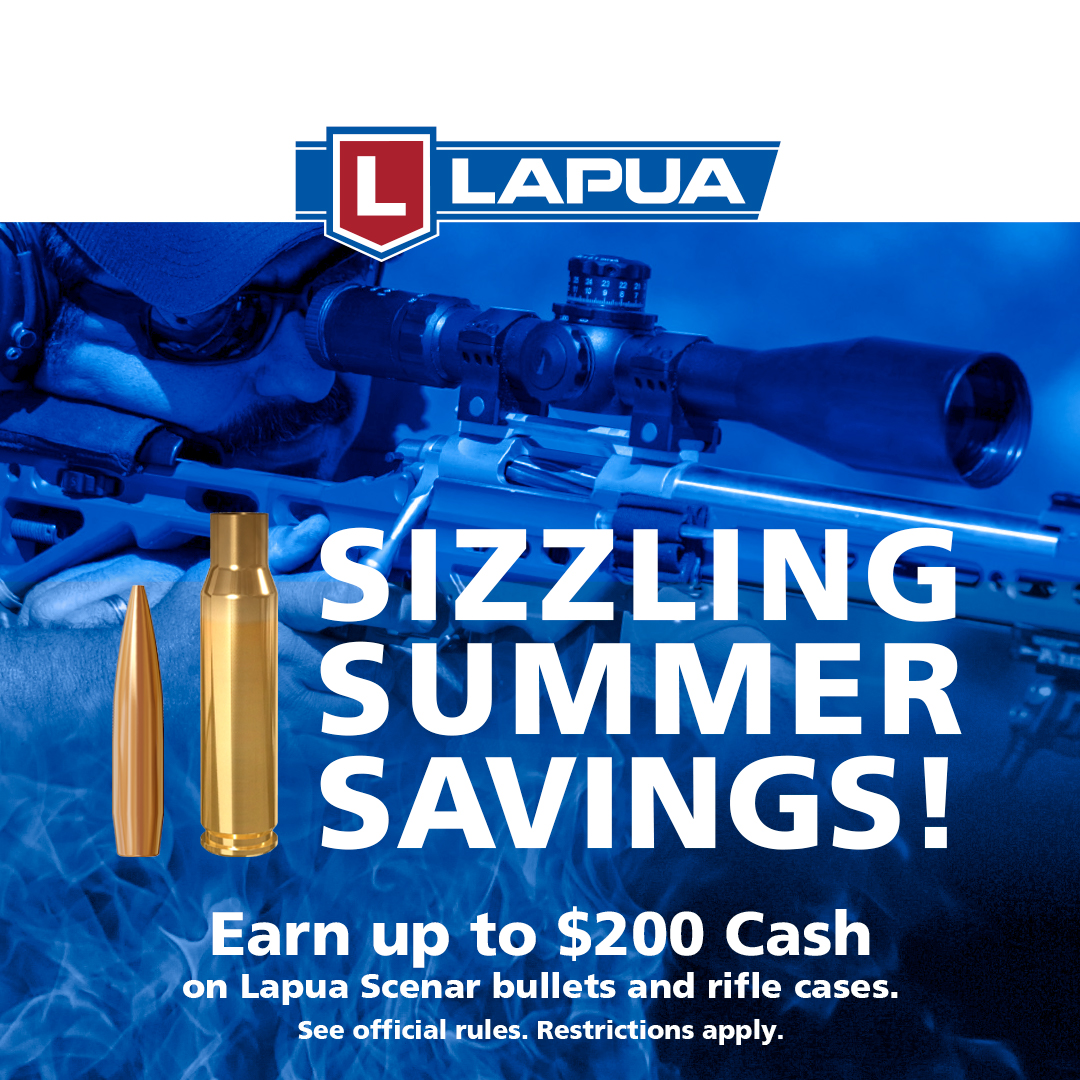 Sedalia, MO – Lapua is excited to announce the 2020 Sizzling Summer Savings rebate, offering 10% cash back on qualifying Lapua Scenar bullets and rifle cartridge cases, up to $200 from July 15 through August 31, 2020.

Complete the online form at Capstonepg.com/LapuaRebate or fill out an order form from your favorite retails no later than September 30, 2020. Additional terms and conditions may apply, please see website for details. 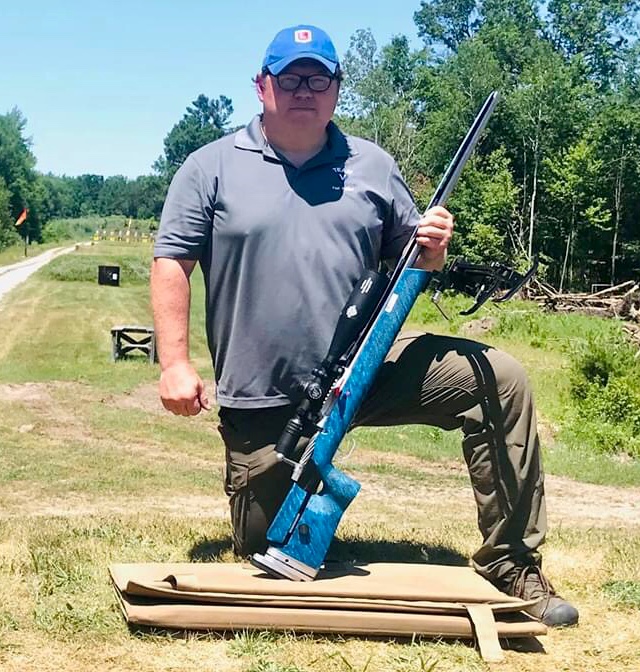 “I was able to secure the win using ammunition previously loaded for our Team USA 2017 World Championship Gold Medal victory. The leftover ammo printed a 15-shot string that had a Standard Deviation (SD) of just 6.3 fps. It’s a testament to Vihtavuori powder’s temperature stability and clean burning characteristics still shooting well after laying dormant for over three years!” stated Phillips. 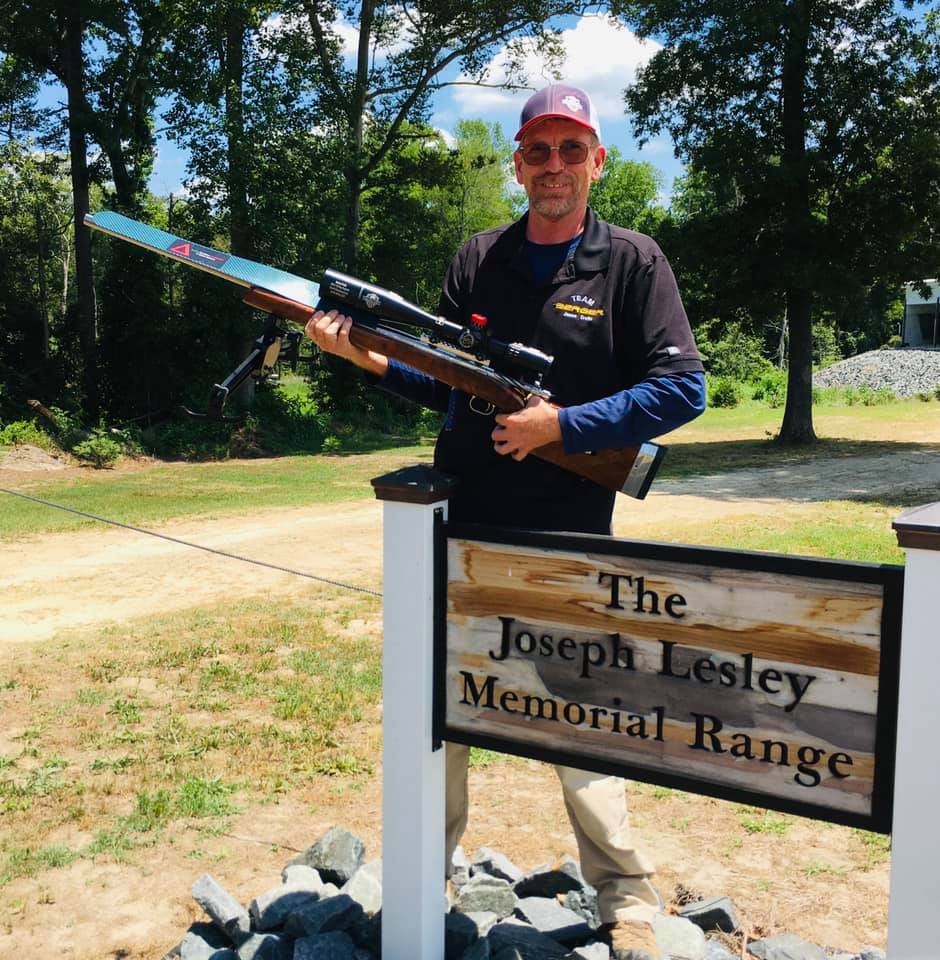 “Tough winds with heavy mirage and lots of heat and humidity was the name of the game this past weekend. You had to watch the flags and mirage or you would spend lots of time in the 9 ring,” stated Crofts.  “The 200.20x bullet paid dividends and kept my scores low with great elevation throughout the day. Overall, I can’t say enough about the components I use. They offer a competitive advantage and put me over the top.”

Learn more about Ballistic Coefficients (BC’s), BC consistency, and BC effects on Accuracy and Precision at www.NoBSBC.com featuring bi-weekly articles and content from Berger’s Chief Ballistician, Bryan Litz.

“I recently paired the Vihtavuori N150 with Berger’s 30 Caliber 200 Grain Hybrid Target for the first time, and it has proven to be super consistent no matter how hot the days get,” commented Klemm. Klemm will be competing next at the Buckeye Blossom Midwest Nationals in Malvern, OH. 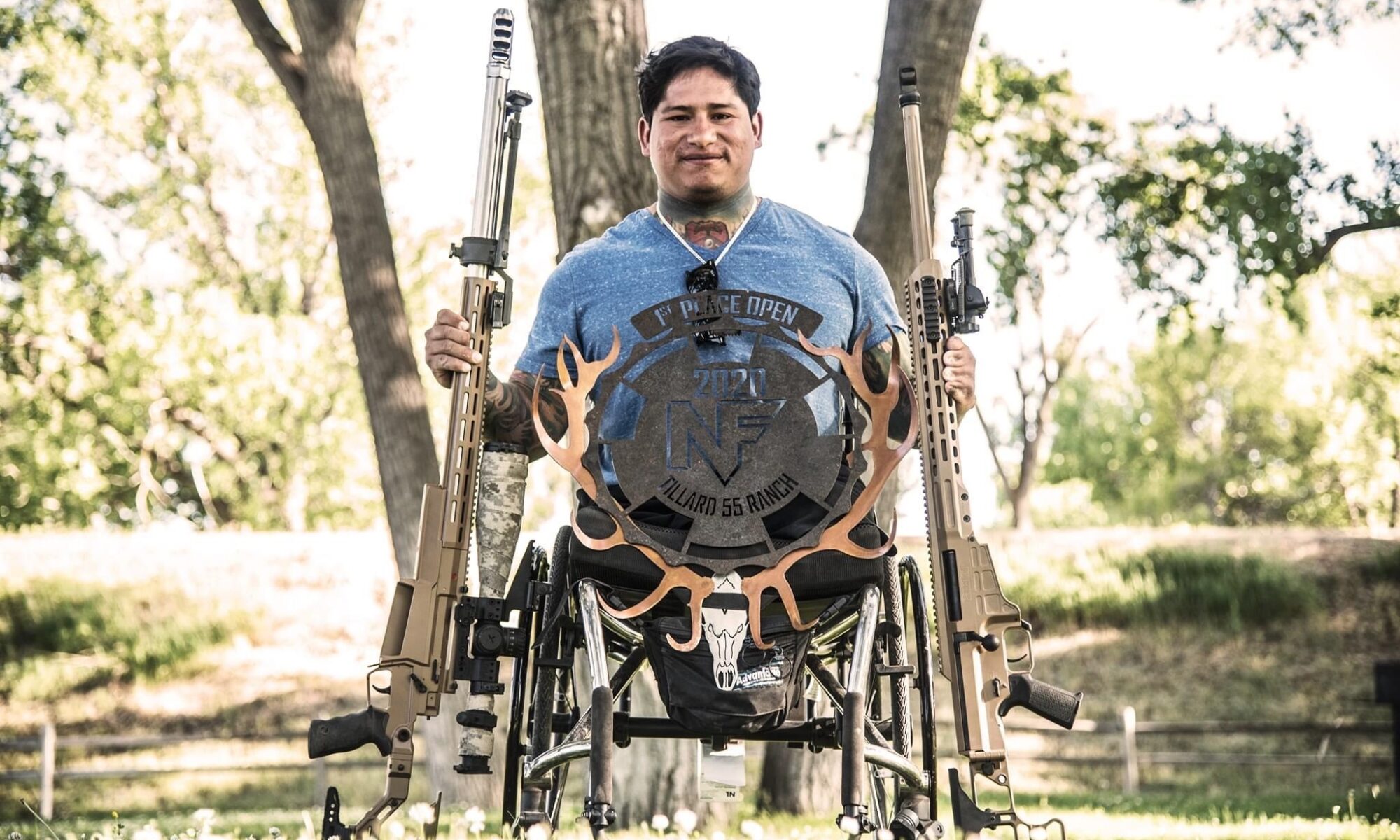 Jorge stated, “When it comes to Berger Bullets, especially the LRHT line, the consistency shows both during the measurements and downrange at the target. I simply selected Berger’s default G7 BC within my Kestrel 5700 Weather Meter with Applied Ballistics and was on target for the match.”

Berger Long Range Hybrid Target™ bullets feature a jump-tolerant hybrid ogive profile that is Doppler verified with less than 1% BC variation. A high BC is important for competitive shooting, however, shot-to-shot consistency is most critical when engaging targets to 1,000 yards and beyond. Visit NoBSBC.com and learn “why BC consistency wins” vs. the “highest BC is best” myth.

Lapua bullets and cases are the most sought after components by competitive rifle shooters, long range hunters and accuracy enthusiasts alike. Their quality of materials, craftsmanship and tolerances are unmatched by all other manufacturers.

Pharr stated, “I had good time and a lot of luck to take the Missouri Regional. Thanks to the St. Louis Benchrest Club for all of the great memories. And, of course, to Lapua. Without their bullets and cases I wouldn’t have been able to bring home the championship.” 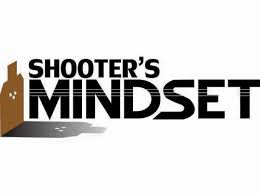 “The Shooter’s Mindset” podcast hosts, Anthony Cruz, Jennifer Seymour and Greg Cannon with Litz and Praslick, dove deep into dispelling the “highest BC is best” myth, requirements for successful long range shooting, and “why BC consistency wins” outright.

For more information on The Shooter’s Mindset podcast, visit theshootersmindset.com. 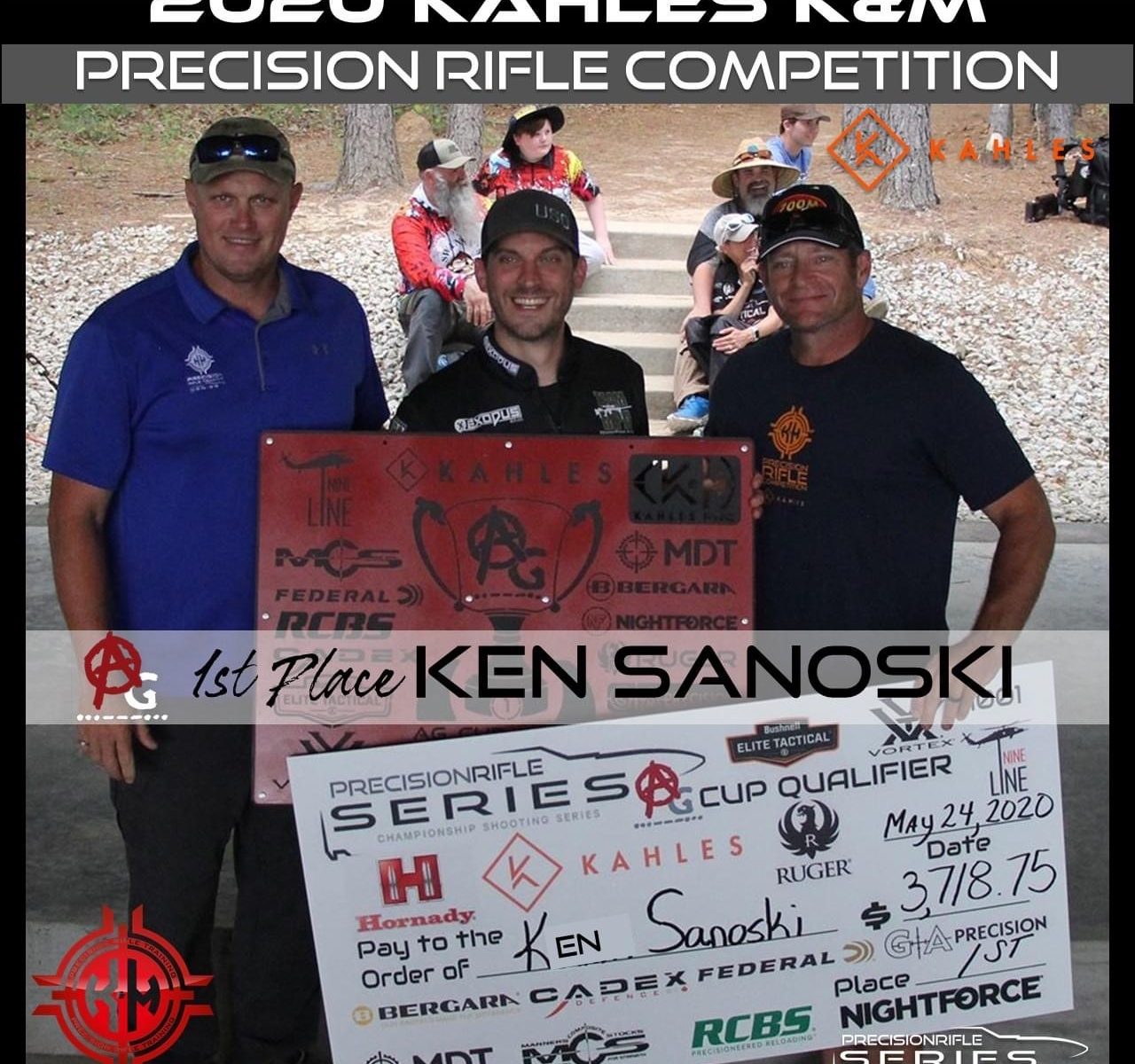 The 2020 K&M/Kahles Precision Rifle Competition took place May 22-24 at the K&M Precision Rifle Training in Finger, Tennessee with over 200 of the top PRS shooters competing.

“Every year the best shooters from around the Country show up for the K&M Kahles Precision Rifle Competition. The course of fire this year was challenging with plenty of small targets. Berger 109 Grain Ling Range Hybrids performed awesome hitting 188 out of the available 199 targets for the 1st place finish,” stated Sanoski.