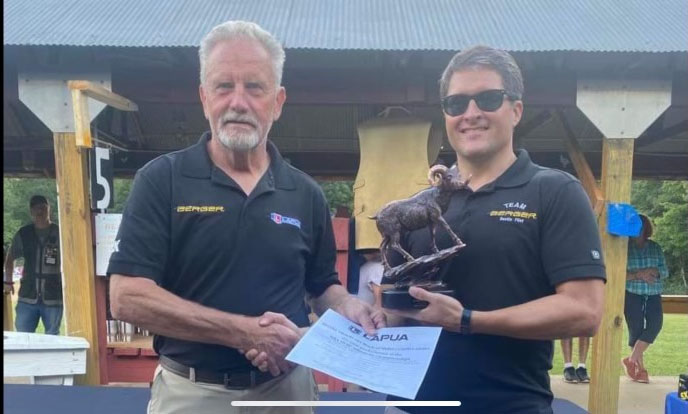 The 2022 NRA Smallbore National Championships were conducted 7-9 August at Ridgeway Rifle Club, located in Ridgeway, PA. The three-day competition saw over 150 competitors compete in both Smallbore Standard Rifle and Smallbore Hunter Rifle. Flint shot a 106/120 in Standard and a 109/120 in Hunter Rifle to seal his win with an aggregate score of 207/240. Fellow Team Berger member, John Mullins was third with a 207/240.

Smallbore Silhouette is shot with .22 LR rifles at steel targets from 40 to 100 meters (chickens at 40, pigs at 60, turkeys at 77 and rams at 100). This challenging and exciting discipline is all fired from the standing unsupported firing position.

Flint stated, “This is the biggest championship of my shooting career. This national championship had arguably the best lineup of the world’s greatest silhouette shooters of any match in history! I am VERY honored to come out on top.”