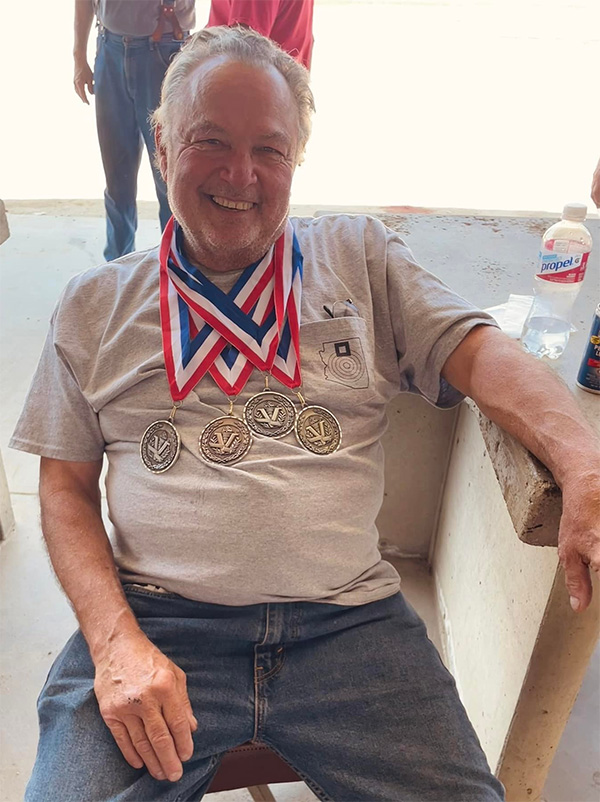 Mesa, AZ – Team Berger member, Lou Murdica, scored a grand aggregate of 0.1805 to secure the championship at the California State 4-Gun Benchrest Championship. Murdica took first place in the Unlimited Class at 100 and 200 yards and fourth in Heavy Varmint.

“I went to the Visalia California State Championship for an Unlimited and Heavy Varmint (HV) Shoot. I won the Unlimited, was fourth in HV, and won first place overall for the weekend,” commented Murdica. “I shot the same exact load of Vihtavuori N133 and used the same seating depth for both guns. Only change was in the tuner.”

Short-Range Benchrest is a world-wide specific rifle competition, whereby male and female shooters, of all ages, attempt to shoot 5 or 10-shot groups, in the exact same bullet-hole, at paper targets at ranges from 100 to 300 yards. Regarded as the most demanding of all competitive rifle shooting disciplines, Benchrest competition match winners are determined by as little as .0001” ten-thousandths of an inch. Competitors shoot over several days using custom-made, specialized single-shot, bolt-action target rifles in 10.5- and 13.5-pound weight classes.