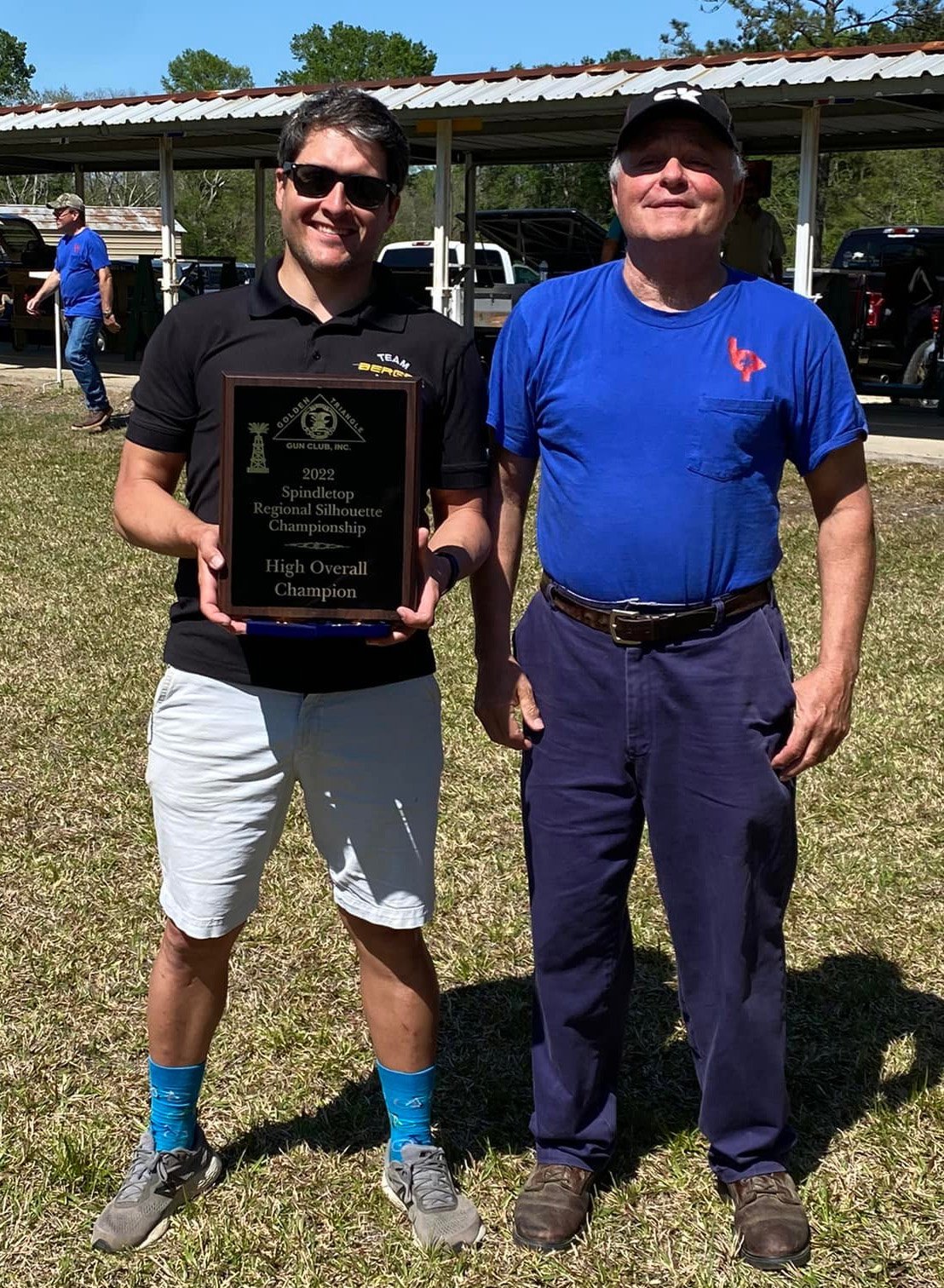 Mesa, AZ – Congratulations to Team Berger’s Dustin Flint on his outstanding performance during the 2022 Spindletop Smallbore Silhouette Championship, where he brought home the championship title for the second year in a row.

To secure the championship, Flint won the Smallbore Standard rifle category with a score of 73/80 and scored a 71/80 in Smallbore Hunter rifle, giving him an aggregate score of 144/160. Flint also secured the Air Rifle Open Championship with a score of 52/60.

The Spindletop Championships were held at the Golden Triangle Gun Club in Beaumont, Texas, April 2-3. For the smallbore competition, shooters engage ten chickens at 40 meters, ten pigs at 60 meters, ten turkeys at 77 meters and ten rams at 100 meters. All rounds are fired offhand/standing in silhouette competition.

“I’m very happy to win the Spindletop Championship. It’s the first Smallbore Silhouette championship match on the calendar and always has great competition; so, it’s a good early-season test. The folks at the Golden Triangle Gun Club put a lot of work into making this a first-rate event. It’s no surprise that the top finishers were all shooting Lapua Midas+. It perfectly performed all weekend, as always.”

Flint will compete next at the 2022 Louisiana Silhouette Championships, May 7-8.