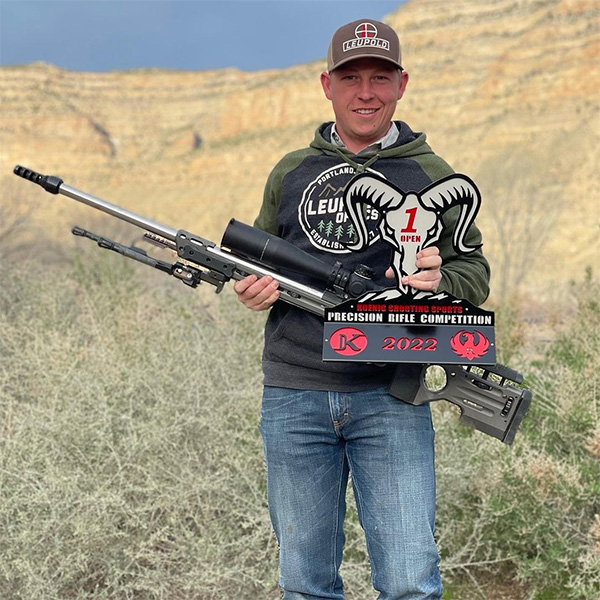 The Koenig-Ruger Precision Rifle Competition was held at the Cameo Shooting & Education Complex in Grand Junction, CO, April 9 – 10, 2022. The 2-day, AG Cup qualifying match had competitors shooting out to 1,200 plus yards and spread across 3.5 miles of mountains and valleys.

King, who beat out the competition by 10 points, was shooting a 6.5mm Creedmoor loaded with the Berger 6.5mm 156 Gr Extreme Outer Limits (EOL) Elite Hunter bullets.

“This was my first match using the Berger 156 Extreme Outer Limits bullet and it did not disappoint,” commented King. “The winds at the Cameo Shooting and Education Complex were extremely tricky and provided the perfect scenario to showcase the effectiveness of the EOL in variable conditions.”