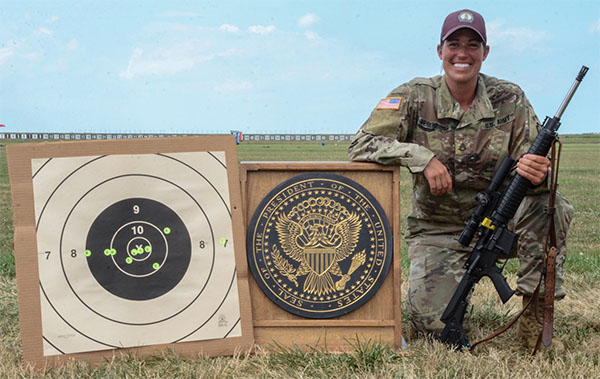 Mesa, AZ – Congratulations to Team Berger member Amanda Elsenboss for winning the prestigious President’s 100 Rifle Match during the 2022 Civilian Marksmanship Program (CMP) National Rifle Matches. Elsenboss became the first woman ever to win the President’s Rifle Trophy since the match was first fired in 1878 over 144 years ago!

The CMP National Matches are held annually at historic Camp Perry Training Site in Port Clinton, Ohio. Elsenboss, who scored a grand aggregate of 391-12x, had to shoot through some very tricky wind conditions to secure her title and make history.

Her scores for each of the four stages were as follows:

“It’s a great feeling having ammunition and bullets that you know are successful and always go where you point them, you can’t go wrong using Berger,” commented Elsenboss. “The biggest variable is from the shooter – not the bullets. “

Elsenboss has been a member of Team Berger since 2021.